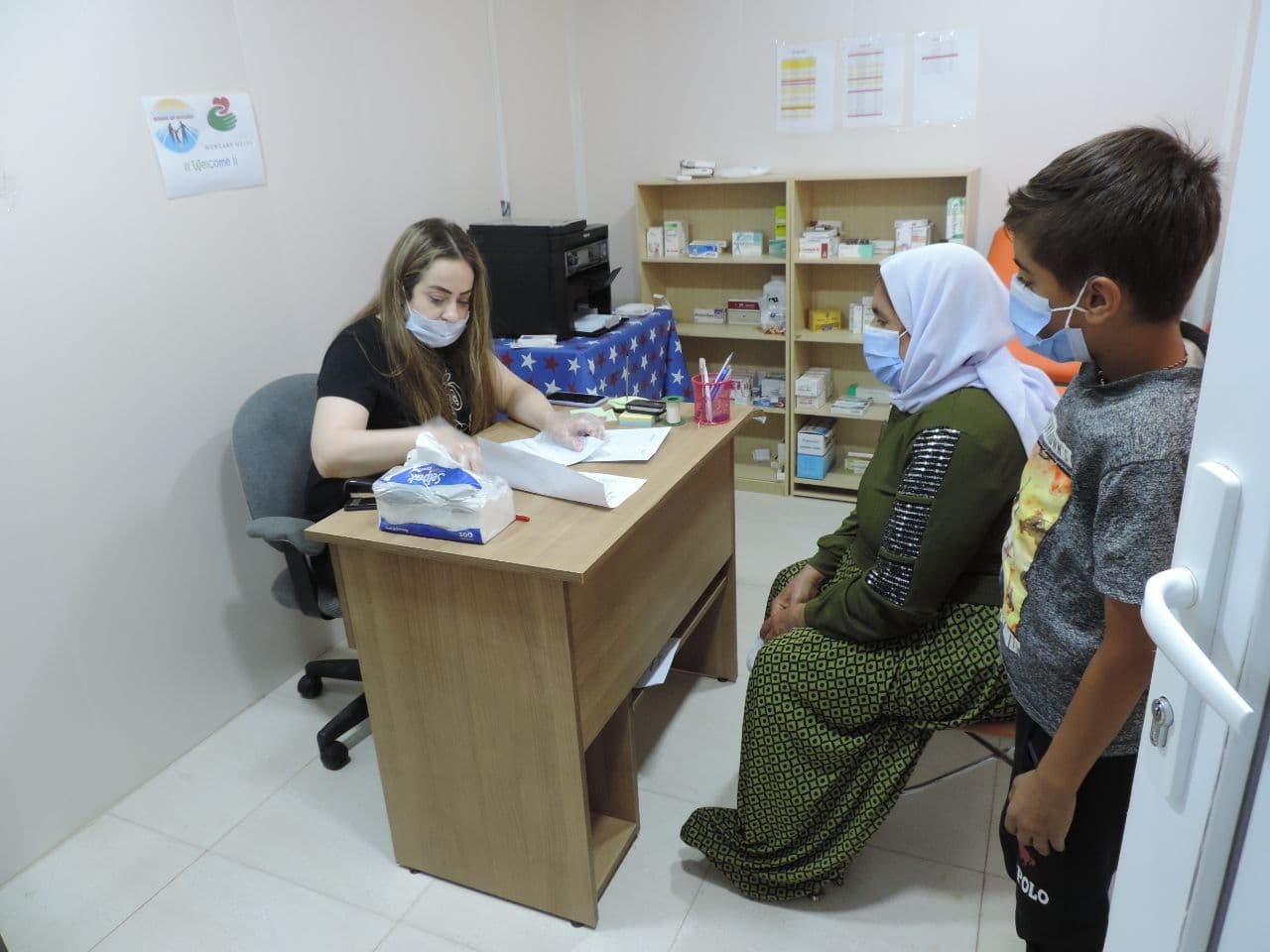 According to recent statistics, over 5 million Iraqis are internally displaced and most of the IDPs have originally fled from ISIS or from the military operations against ISIS. Therefore, the Iraq’s heath system is exhausted and not functioning anymore.

Moreover, the economic situation has dramatically deteriorated. Hospitals are understaffed due to the migration of many doctors outside the region; thus, the healthc enters are not functioning. In addition, many infrastructure were destroyed during the armed conflicts. Psychological health issues, also, are increasing because many IDPs and returnees are suffering from depression and anxiety, especially women who experiences sexual violence.

Due to the continuous support and prayers received from you, we were able to provide free medical care at out clinic in Iraq. These medical services were offered to refugees and IDPs who can not afford treatment and the urgently needed care coverage. For example, our team supported a young lady in Mam Maram camp in Dohuk-Kurdistan in Northern Iraq who suffered from a serious condition which prevented her from breastfeeding her infant.  This aid covered 3 months of baby-milk and living costs to the mother and child.

Additionally, we bring you the good news on a case of a 45-day-old infant who has been receiving  treatment since he was 3 days old. In the words of the mother who visited the health center run by ROS, where the baby was diagnosed and is still being followed up with and given treatment by the clinic’s medical staff : “Thank God my baby’s health has been improving.”

We call for support to aid the humanitarian capacity in order to respond to the weapons of mass destruction. Your support is strongly encouraged to support the Iraqi’ healthcare system
Donate Here!