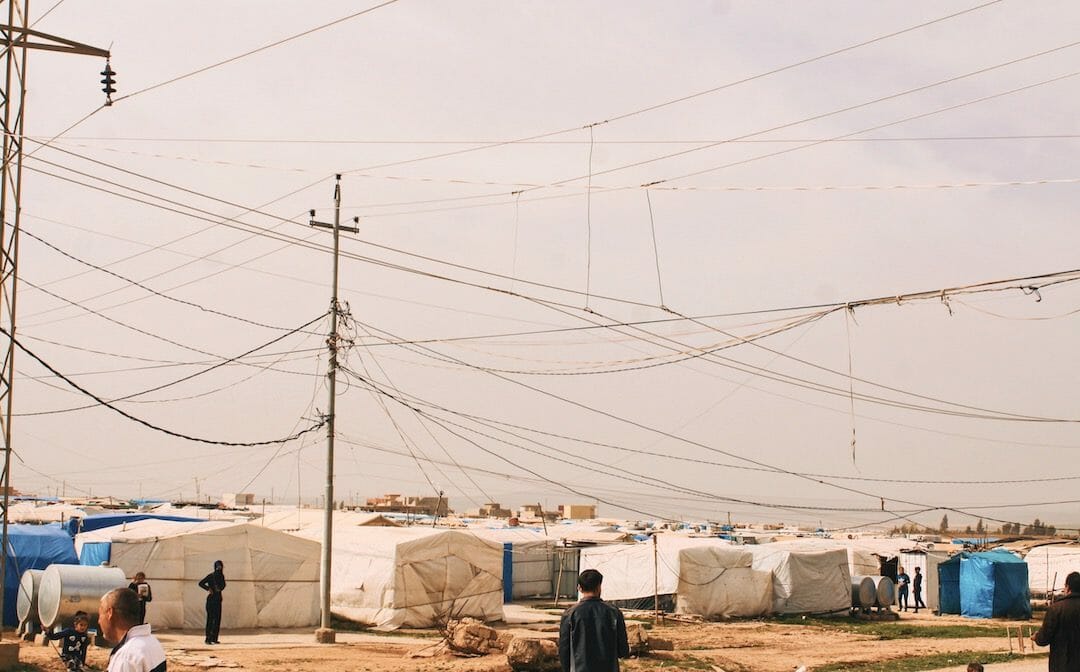 Five years. It’s been five years. Five years since the Yazidi genocide perpetrated by ISIS began in Sinjar, Iraq on August 3rd, 2014. In some ways this has felt like the blink of an eye. In some ways it has been. Five years is not that long. Most people that lived to see the atrocities brought on by ISIS and survived, are still alive today. And in other ways, it feels like we have lived many lifetimes in that span of years. We have enough heartbreak, death and devastation, and trauma to last several lifetimes, but we will continue to carry on, smiling.

It’s easy to get caught up in the tragedy of it all, especially for those that this tragedy is a daily reality. I think of my friends, students, and fellow ROS team members in Iraq. I think of the girls I have come to know and love through our Tech Over Trauma Program and how this day changed their lives forever. I think of Ekhlas, our first student and Ambassador of Hope, who was enslaved to ISIS for several months after they attacked her home. I think of one of my students, Layla (named changed for safety reasons), who calls Sinjar her home as she has relocated many times throughout Iraq and now joins her family in Germany as they seek asylum. But I have to believe there’s hope. There has to be. Because why else would we continue on?

One of my Yazidi friends, Turkiya, currently living in Kurdistan, described the current situation for Yazidis still in Iraq: For five years people have been living in [refugee] camps. Living in the camps is very hard. People do not have a place to go. Children live among the dirt in the camps. The people, IDPs (Internally Displaced People), are very tired living in these camps. Shingal (the Arabic name for Sinjar) is destroyed and there is no safety because of the political conflicts. ISIS has killed people and raped girls. They killed the Yazidis in Iraq because of their religion, as many Muslims do not like the Yazidi religion. People have lost their mother and father. They were killed before their very eyes.

And in the same breath, we think of the lives lost and those affected by each one of them. We think of the thousands of women still forced to be sex slaves to ISIS. There are currently almost 3,000 Yazidis still in captivity or missing, and over 6,000 abductees. Over 100,000 individuals have immigrated outside of Iraq because of the rising tensions. We think of the young Yazidi boys drugged into becoming the next generation of terrorist fighters. Lastly, we think of the families separated and sprawled out around the world trying to find each other and start new lives together.

This reminds us of the work that still needs to be done, and that gives hope. We get to be world changers and peacemakers in seeking to provide healing from the inside out. This anniversary is a marker, showing how far we have come and how far we have yet to go. Because it has to get better from here. We have more knowledge, are capable of more, have more connections and relationships built. We have grown, been stretched, cried and slept, and rejoiced ten times over. We firmly believe that God will continue to be faithful to not just in providing where He is leading us, but in bringing forth justice across the earth.

Isaiah 42: 1-3 says it well: Behold my servant, whom I uphold, my chosen, in whom my soul delights; I have put my Spirit upon him; he will bring forth justice to the nations. He will not cry aloud or lift up his voice, or make it heard in the street; a bruised reed he will not break, and a faintly burning wick he will not quench; he will faithfully bring forth justice.

From the words of Turkiya herself: “For five years we have no land, no house. I love life and I want to live in peace… there is no safety. I love my country and wish to live in peace. How I wish we lived in peace in our country.”